Those searching diligently for something worth musical substance in the realm of earlier epic doom and heavy metal, look no further. Behold, Cirith Ungol, a rare gem and true treasure of underground metal still sparkling to light after decades. The Ventura, California band’s first full-length LP, Frost and Fire is a necessary listen before delving into the heavier progression that the band relaxed into with their following full length releases, King of the Dead, One Foot In Hell, and Paradise Lost.

Their first album was self-recorded and financed by the band itself, then released in 1981 on Liquid Flames Records. Subsequent releases of this album were also handled by Enigma and Metal Blade Records. Feeling the need to be accessible to radio audiences, the tracks on this album were carefully selected to be appealing to the mainstream, though still foreshadow the spirit of later Ungol doom with dark lyrical moments throughout. Frost and Fire contains the raw essence of the Cirith Ungol spirit, showcasing high pitched vocals, original musical flair, and truthful songwriting which harbors a quintessential wisdom.

The artwork alone makes it that much more of an experience, even before rolling out the vinyl. Michael Whelan’s mesmerizing artwork gracing the cover of Frost and Fire displays one of the epic Elric illustrations he did for author Michael Moorcock’s most famous sword and sorcery saga. Here, the albino prince of Melniboné is depicted being clearly possessed by the bloodthirst of the black sword, Stormbringer, which he holds high above his head. We can anticipate too, how Cirith Ungol (whose name is curiously permitted and borrowed from J.R.R. Tolkien’s, Lord of the Rings) will lead us in the vein of fantasy with the first self-titled track.

These guys are the masters when it comes to heavy doom metal, entwining lore-like tales with a steady tempo of killer guitar solos, cryptic synth, and Tim Baker’s unique hawk style screeching of vocal onslaught. The groove of the somber bass also brings along a certain classic 50s rock ‘n roll edge to the songs, where Greg Lindstrom and Jerry Fogle (R.I.P.) complement, strumming into a stylized feel of late 70s guitar journeying. The upbeat rhythm of Robert Garven on drums keeps the flow of this album moving along fluidly and adds a heroic appeal to fantasy themes used in their songs. Frost and Fire clocks in at just above thirty minutes, enabling a quick listen to truly fathom the ineffable musical greatness that Cirith Ungol possesses.

The record starts off setting the epic atmosphere with the self-titled track, “Frost and Fire” telling tales that speak of frost and fire as preserving and transmuting elements within the soul . This song is a classic anthem that holds true to 80’s heavy metal rhythms. Tim Baker’s vocalization is rabid and relentless, it almost seems as if it is Elric projecting himself through this track. Frost and Fire is characterized mostly by fine picking on the high strings and tight playing by Jerry Fogle during his stylized guitar solo.

Cirith Ungol’s better known arsenal, “I’m Alive” pledges a story of a hero triumphing with his life force intact after a long and crushing life path, being subject to the paradoxical forces of darkness and light in his quest for hidden knowledge. The pace slows down on this track with steady drumming by Garven, allowing the bass to play a more prominent, heavy role. Contrary to popular belief, it is actually Greg Lindstrom rocking the blood and thunder on this album even though Michael ‘Flint’ Vujea was credited for bass. Cirith Ungol guitars never upset, highlighting the track at pivotal moments, and this time we have alternating solos by both Jerry and Greg which are slightly reminiscent of Hendrix funk.

We are then weaned off of fantasy elements as subject matter becomes more shadowy with the following tracks. “A Little Fire” expresses the harsh truths of the bitter coldness that exists when one is alone in the night, asking and wondering if there’s really anything wrong with wanting something that should be a necessity. The polar aspects of fire and frost, hot and cold play a major part in reestablishing the theme of this album in a sardonic sort of manner. Here we find a repetitive guitar riff that sets apart this song and we hear the bass strumming along more quickly, doing much of the foundation work. The cymbals are more noticeable on Garven’s part, and Greg solos like a madman with a style that undulates loosely and freely.

“What Does It Take” explains what it’s like to be at the end of one’s rope when trying to get through to an undeserving person. Again, we feel the cynicism that the previous track hinted at and hold on to an unrequited approach to continue onward figuratively. This song is introduced with a cryptic synthesizer melody that haunts us along the track, creating an atmosphere that encapsulates the rest of the instruments. The drums are noticeably more forefront in establishing the rhythm, as the bass meshes along, taking an undernote role. The guitar comes in and out of focus every now and then with funky plucking, but holds off until towards the end of the song. The break is characterized by the synthesizer cradling the guitar before Jerry takes center stage with another amazing axe solo.

Here is where we take a dark turn on ‘Side Two’ with suggestive track, Edge of a Knife detailing what it’s like to be an outcast, staring down the dead end road that can sometimes bring along a new perspective and make light of a hopeless situation. This number is characterized strongly by Ungol guitar riffing throughout the song, where we also find solos by both Greg and Fogle. The bass is mostly noticeable during the choruses, and it gives a sort of classic 50s rockabilly edge to the knife and leather theme.

Better Off Dead is a continuing lament from the previous song, detailing an intense frustration of feeling sold short from oneself and being shoveled around by the hands of fate. Tim Baker’s vocalization is prominent on this track, allowing the doomed lyrical content to really shine through his morbid attitude. This song is a heavy bass and drum complement, where the drums and cymbals mostly follow along to groovy rock ‘n roll bass lines. There is not so much of a stark contrast between the two, and we trade off with the Fogle’s guitar whining at important moments as it does not need to keep rhythm as much so as being an addition of flair to the song. The guitar stays mostly in the background up until Jerry’s solo where he keeps us on a fast track, strumming along insanely and curtailing those wild notes into controlled distortion.

Alas, we come to “Maybe That’s Why”, a six-minute long instrumental giving us a solemn, funerary approach to the ending of the album. This song is strongly characterized by Lindstrom’s usage of the E. bow, creating a sort of bagpipe/violin sound effect that resembles prior usage of the synth earlier in the album. Here we find an emphasis on exchange between rhythm and lead guitars throughout, leaving listeners with a feeling of acceptance that this is just the way it’s gotta be, even though we’d prefer the record to never end…

Cirith Ungol’s Frost and Fire is preserved by timeless musical mastery and spellbound with “Words that burn and words that chill us / Like laughter kindling in the heart of hell”. This album contains transformative truths therein which cling relentlessly like an eternal flame, and will continue to do so as “The frost preserves and the fire destroys us / Like pouring rain on the sands of time.” 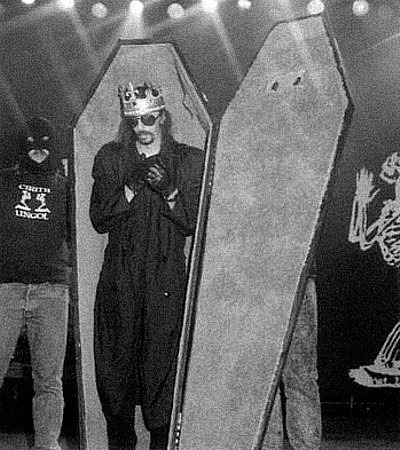 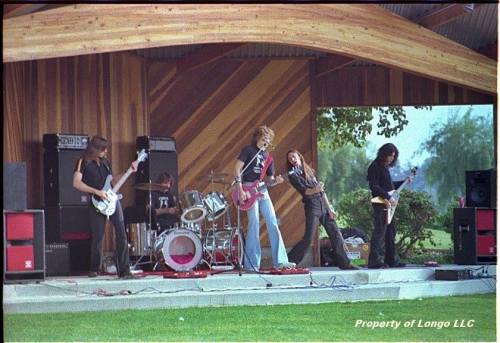